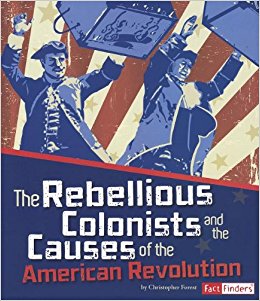 The 13 American Colonies had many reasons to begin the Revolutionary War. From the Boston Tea Party to the Intolerable Acts, they felt it was time for independence. Read more about the conflict between the colonists and Great Britain and the events that led up to the American Revolution - 30 minutes. 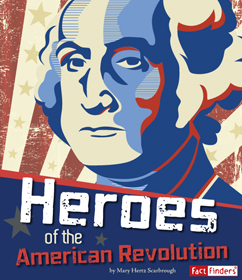 George Washington, Paul Revere, and Thomas Jefferson are remembered as heroes of the American Revolution, but they were only a few of many men and women who risked their lives for independence. Read more about the heroes, both American and European, who were key to the colonists’ success in the American Revolution. - 28 minutes long. 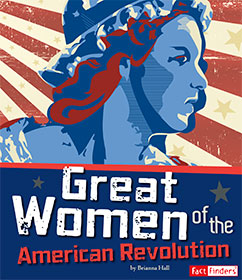 Men may have fought the battles of the American Revolution, but women played an important part too. Some women fought the battle at home, speaking their minds about the British occupation or gathering supplies for their soldiers. Others fought openly for their cause, secretly joining the military or becoming spies. Get to know these heroic women and their importance to the colonists' victory during the Revolutionary War - 30 minutes long.

On April 18, 1775, the “shot heard ‘round the world” was fired. The Battles of Lexington and Concord were the first of many battles between the 13 colonies and Great Britain. The two countries would be at war for the next eight years. Read more about the key battles that shaped the American Revolution - 28 min.

Step back in time and experience the Revolutionary War through the stories of the people who lived through it. Witness the first reading of the Declaration of Independence. Experience the horror of a sneak attack. Watch a mother risk her life by spying for the colonists. True Stories of the Revolutionary War doesn’t just tell you the tales of war. It drops you into the thick of combat - 21 minutes.

On October 19, 1781, British forces laid down their arms in Yorktown, Virginia. Despite the British surrender, the American struggle to form a new nation was far from finished. War debt, rebellions, slavery, and a weak central government warned of dire times ahead. Read more about what happened when the fighting ended and the real work began - 26 minutes.

This book looks at famous battles of the Revolutionary War - longer book at 53 minutes.

Timeline of the American Revolution

Important dates in the American Revolution

(from the American Revolution article)

Some of the following links are from a website called Ducksters.  Please do not click on ads. The reading level is good for 4th graders.