Greg Pizzoli is an author, illustrator and screen printer from Philadelphia. He graduated from Millersville in 2005 with a Bachelor of Art in English Literature & Fine Art. In 2014, Pizzoli won the Theodor Seuss Geisel Award for his first picture book, The Watermelon Seed.

In 2015, his nonfiction picture book Tricky Vic was selected by the New York Times as one of the Ten Best Illustrated Books of the Year. In 2017, he won a Geisel Honor award for the picture book, Good Night Owl.

Pizzoli lives in Philadelphia with his wife, artist Kay Healy, their dog, and two cats.

Elephant is delighted to get a gift, but as the twelve days of Christmas continue, presents pile higher and higher!

It’s time for a little bird to fly away
to the north, the south, the east, and the west.
Which direction will she like best?

What can you do with an apple? You can pick it, kick it, wash it, squash it --- but don’t forget to eat it. This charming new series will show readers how to find magic and joy in the beauty of everyday life.

What can you do with a banana? You can grip it, unzip it, squeeze it, freeze it ---  you can even play it like a flute! With a little imagination and a sense of humor, you can transform it into anything! Turn the ordinary into the extraordinary with these charming picture books that encourage readers to look at the world in a new --- more magical --- way.

We all know dragons are terrible, but this one is especially terrible. He scribbles in books. He steals candy from baby unicorns. He even burps in church. Seriously, who does that? Dragon, that's who. The king, the knights, and the villagers are desperate to take down this beast once and for all. But sometimes it's up to the unlikeliest of heroes to tame a dragon this terrible.

Owl is ready for bed. But as soon as he settles in, he hears a strange noise. He'll never get to sleep unless he can figure out what's going on!

Tricky Vic: The Impossibly True Story of the Man Who Sold the Eiffel Tower
by Greg Pizzoli - Biography, Children's Nonfiction, History,Nonfiction, Picture
In the early 1900s, Robert Miller, a.k.a. “Count Victor Lustig,” moved to Paris hoping to be an artist. A con artist, that is. He used his ingenious scams on unsuspecting marks all over the world, from the Czech Republic, to Atlantic ocean liners, and across America. Tricky Vic pulled off his most daring con in 1925, when he managed to "sell" the Eiffel Tower to one of the city’s most successful scrap metal dealers! Six weeks later, he tried to sell the Eiffel Tower all over again. Vic was never caught. For that particular scam, anyway...

With perfect comic pacing, Greg Pizzoli introduces us to one funny crocodile who has one big fear: swallowing a watermelon seed. What will he do when his greatest fear is realized? Will vines sprout out his ears? Will his skin turn pink? This crocodile has a wild imagination that kids will love.

Books and Zines by Greg Pizzoli

His latest book to be released in April is called: 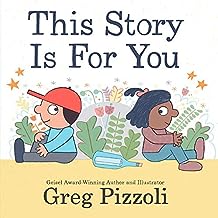